As demonstrated in Wild Works Volume 1: Wild Carbon, it is now well-accepted that old forests store large amounts of carbon. Yet controversy remains over the age at which forests sequester the most carbon annually (e.g. remove carbon from the atmosphere and fix it as biomass). The confusion arises because young trees grow faster than old trees and thus the rate of sequestration in a young forest can be very high. However, in the words of a carbon scientist friend, its “not the rate we are interested in but the volume.” As with a bank account, it is not how fast deposits are made but how large those deposits are, and young forests are limited in the size of the deposits they make by their leaf area.

This was demonstrated in 2001 by a team of researchers at Oregon State. Led by Beverly Law, they implemented a gold-standard and labor-intensive study that measured and compared all the carbon stocks and fluxes occurring in the same forest type at different stages of development. This was done in Eastern Oregon, where they compared an old mixed-age stand (50-250 years) with a recently cut stand (17 years ago) within the same dry ponderosa pine forest (Figure 1). 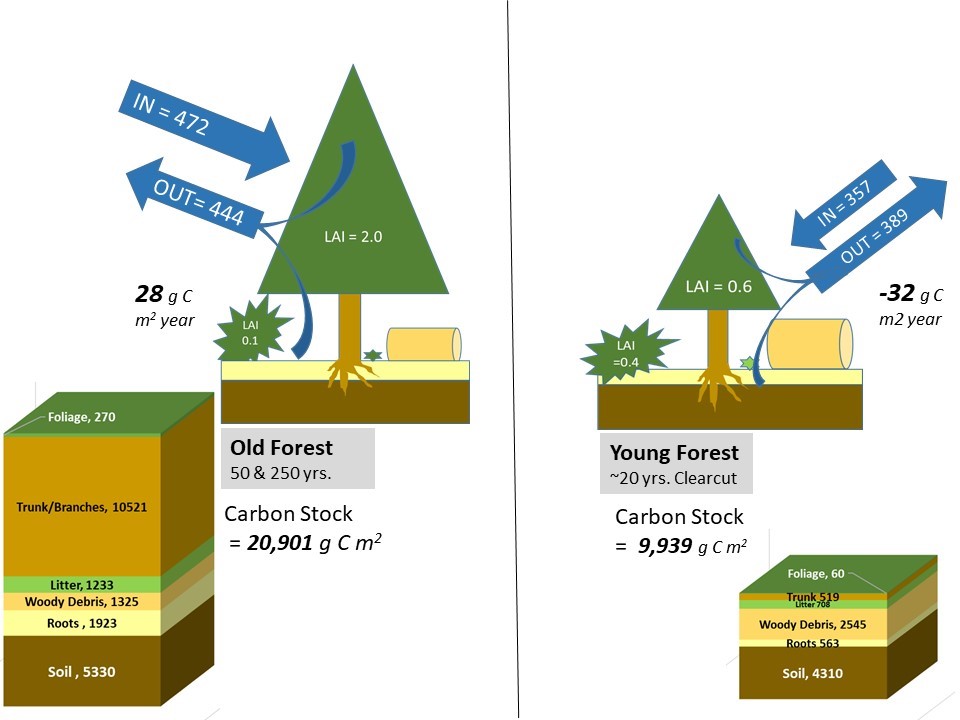 Figure 1. Adapted from Law et al. 2001. Total carbon stock is shown as a sum of the size of each pool. Carbon stock in the old forest was double the young. Blue arrows show the carbon fluxes. “IN” refers to sequestration by photosynthesis. “OUT” refers to carbon loss from respiration. The difference is in bold.

The study’s results showed clearly that when all fluxes were accounted for, the old forest was sequestering carbon at a rate of 28 g/m2/year, while the young forest was losing carbon at a rate of -32 g/m2/year. The loss was due to the leaf area index being too small to compensate for soil respiration. The authors concluded that because the LAI is almost always small in a young forest, it takes 20-30 years for a young forest to become a carbon sink, and during that time it emits carbon every year.

Similar dynamics occur in eastern forests. A carbon study of an early successional hardwood site in Massachusetts showed that the site became a net emitter of carbon immediately after harvest and was expected to return to being a sink after 10-15 years, assuming no other disturbance (Finzi et al. 2020). Eastern forests, however, show considerably larger carbon stocks and 7-10 times higher rates of carbon sequestrations than the dry forests of eastern Oregon (Table 1). This may help them recover quickly where the leaf area index is sufficiently large that net primary productivity surpasses respiration.

The often-touted fast growth and high sequestration rate of young eastern forests (optimized at 30-70 years) helps the forest return to its previous state as quickly as possible, but it is helpful to remember that recovery is a two-step process. First, the forest must regrow its leaf area and return to being a carbon sink (10-30 years), Second, because the forest has been losing carbon, it must make up for those losses before it reaches neutrality. If we assume it takes an equal amount of time to replace the carbon as it did to lose it, then after 20-60 years the forest may just have compensated for the early losses from respiration and will again start to sequester “new” carbon. Comparing this cycle to that of an old forest slowly and steadily sequestering carbon every year over the same timespan, the old forest will remove considerably more carbon from the atmosphere despite its slower growth rate (Table 2).

The science is clear, but the full story is both messier and more hopeful. Messier, because forests are subject to natural disturbances such as fires, windstorms, and insect outbreaks that effect carbon storage in ways similar to timber harvest.  The hemlock forest data in Table 2 were collected just before an outbreak of hemlock wooly adelgid which caused a steep decline in ecosystem productivity and flipped the forest from a carbon sink to a source (Finzi et al. 2020). But these disturbances also offer hope as they rejuvenate wild forests with an influx of abundant coarse woody debris that helps mediate carbon loss, maintain root-mycorrhizal relationships, and increase biodiversity and wildlife abundance. Hope can also be found is the way that foresters are using good science to improve management practices. Retention forestry, longer rotations, and attention to soil carbon pools can promote both carbon and diversity in managed forests. Post-harvest practices that reduce carbon waste during the processing, transportation, and use of wood products is an active area of research with much promise. 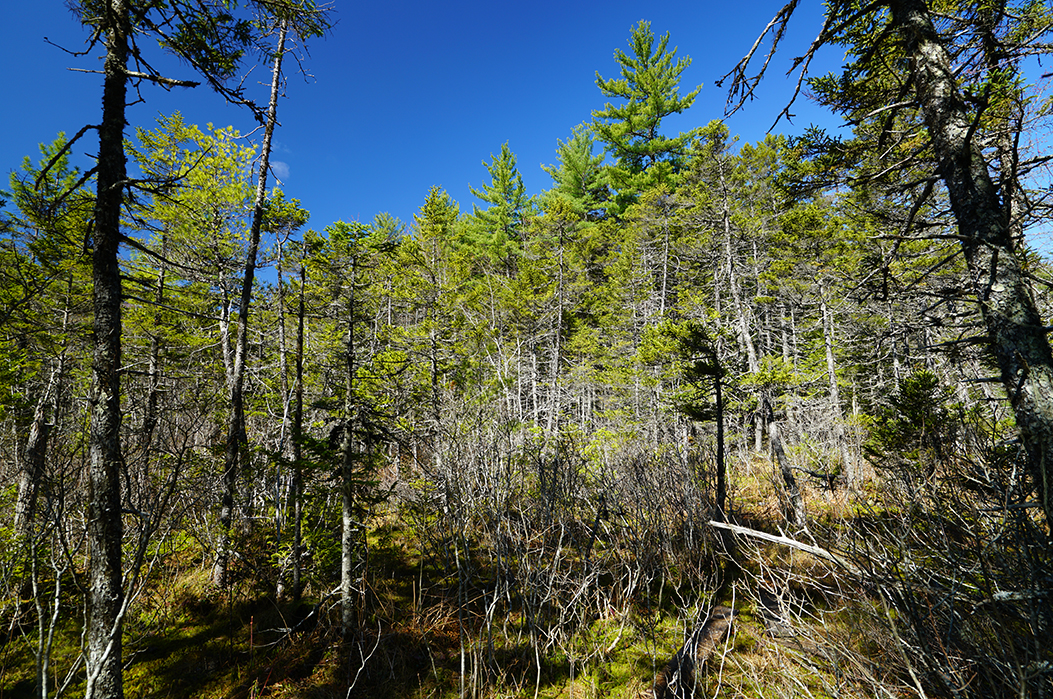