Northeast Wilderness Trust is delighted to welcome veteran conservationist Bob Linck to the team in the newly established role of Conservation Director. In this position, Bob oversees the protection of new forever-wild landscapes and manages the stewardship program, which monitors and safeguards existing Wilderness Trust lands.

We sat down with Bob for a Q&A to share his knowledge and passion for land conservation with the Wilderness Trust community. 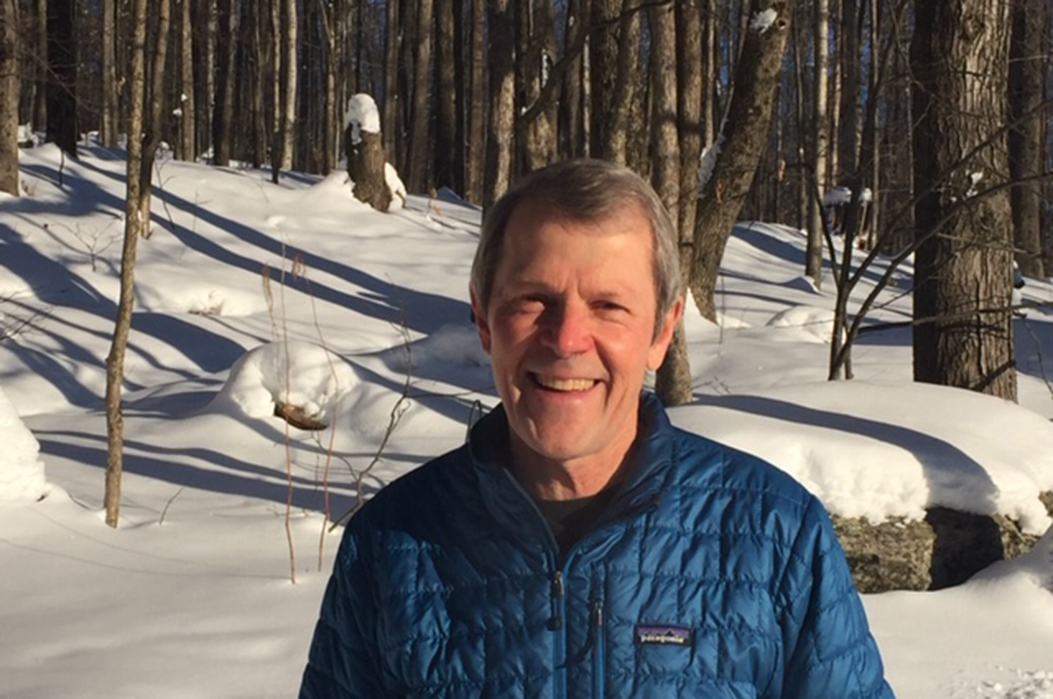 What makes you excited about your new role as Conservation Director at Northeast Wilderness Trust?

Bob: I am truly impressed with the what this organization has accomplished, and I’m energized by the evident passion, commitment, and creativity of our staff.  While I come to NEWT with a lot of land conservation experience, opportunities to focus on preserving biodiversity and ecological integrity have been relatively rare.  I look forward to helping the Wilderness Trust expand its capacity to preserve forever-wild land throughout the Northeast. Having lived and worked in the four northern states of NEWT’s region, there’s also an element of “coming home” to do work that is, to me, absolutely crucial – at a time when “climate emergency” and “biodiversity crisis” have begun to appear in the daily news.

Tell us a little about your love for wild places.

Both my mother and father were oriented to the outdoors, sharing a love of hiking, canoeing, and camping. Their plan was to have two children – one boy and one girl.  Their first was a boy, as were the second, third, fourth, and fifth. When I came along at number six, they gave up. Somewhere along the way, it occurred to them that one way to keep all of us out of trouble and provide us with an outdoor education was to start a summer boys camp. After all, six sons could provide core leadership for canoe expeditions in the Adirondacks and Canada. They started Lynx Camp in the 1950s, and it was during dozens of those trips from 1967-1977 that I first experienced wilderness and developed an indelible understanding of how important wild lands are to me. We also did a lot of hiking, hunting and fishing back at home, in and around West Point in the Hudson River Valley.

It’s hard to point to any particular moment in time, but I think my interest in protecting the natural world developed from the sharp contrast between summer wilderness experiences and the evident environmental degradation affecting southern New York in the late 60s and early 70s – from the sewage-laden Hudson River and ozone inversions to hazardous waste sites and the ecological implications of excessive use of DDT and other pesticides. There was Earth Day in 1970, and my mom was active in a local volunteer environmental group. She and my seventh-grade science teacher inspired me to help start a recycling program, and I then spent a year studying and writing a report on environmental issues for my eighth-grade social studies class.

Where have you worked in the past, and what types of roles have you held?

The list is a bit long. In my defense, it’s partly due to the fact that my wife Leanne has also had a career in conservation, working for the Sierra Club, Northern Forest Alliance, Wildlands Project, and Wilderness Society. One of us would periodically make a career sacrifice when a great opportunity popped up for the other. I guess you could say we became itinerant conservationists. I’ve worked for the Quebec-Labrador Foundation, Connecticut River Watershed Council (CRWC, now known as Connecticut River Conservancy), Adirondack Mountain Club, Warren County (NY) Recycling Department, New York Sea Grant, Upper Valley Land Trust, Southeast Arizona Land Trust, and Vermont Land Trust.

The roles I played in those organizations is even longer, but what I did learn about myself and where I fit in best came from my first job out of college, with CRWC. An iconic figure in the northeastern land trust community, Terry Blunt, introduced me to the world of nature preserves and conservation easements. He had been brought onto the staff from The Nature Conservancy to establish CRWC’s Land Conservancy Program and, with him as a mentor, I completed a number of conservation projects in the early 1980s. Ever since, the satisfaction associated with perpetual conservation agreements has served as a sort of mental and employment refuge to which I returned, while humanity has been decimating much of the natural world.

What are some of your favorite ways of being with nature and the wild world today?

Wilderness backpacking and canoe trips remain important to me. Since before they could walk, our two sons began riding in a pack on Leanne’s back while I was the mule carrying all that we needed into wilderness areas throughout the West. As they grew up, we just kept at it, on virtually all our summer vacations. We ran a bit of a risk in that approach, but they did not get sick of it; both Ethan and Garrett have embarked on careers that reveal how important those experiences have been to them.

Though the pandemic has put a pause on organizing anything that takes us very far from home, we have been spending a lot of time fixing up an old camp on a one-acre island on Sacandaga Lake in the Adirondacks – the first base of operations for Lynx Camp. It can be a busy lake at times, but a modest hike or ski on the mainland or paddling up some of the nearby brooks readily provides immersion into forever-wild forest. There’s nothing quite as soothing for us as evenings on the island, when the sun has set, gentle waves are slapping shoreline rocks, and a couple of loons are sharing their intimate conversation.

At home, every morning, I run. The gravel roads and Town Forest trails in our part of Vermont are how I get my daily dose of nature. My favorite outings are those that are, meteorologically, the most challenging. I might step out in the dark at eight below, or into a cold drizzle, when no one else is out and about. Usually within a mile my furnace is fully on and I’ve run out of earshot of the voice telling me I’m insane. Then I just settle into the solitude and catch a little bit of that intangible feeling one gets during trips in the wild.