The Forever-Wild Circle of monthly donors sustain Northeast Wilderness Trust’s core operations with critical, steady support. And while the Forever-Wild Circle really took off in 2018, one member paved the way for this program in 2014 (long before monthly giving was cool) by setting up recurring gifts through his bank.

Our first sustaining member was Glen Ayers, who continues his support to this day and proudly wears his Forever-Wild Circle 2020 bandana while on excursions into the wilderness with his partner, Mary.

“My activism is in protecting forests,” said Glen, a lifelong conservationist. From 1979 to 1983 he worked as a soil scientist for the State of Pennsylvania, taking samples and finding contaminated groundwater in most of the places he tested. Frustrated with the inaction to clean up contaminated soils and waters, he decided to leave his job in Pennsylvania and attend graduate school in Colorado.

In his early activist days, Glen worked to reduce the US Forest Service’s timber harvesting within the Redfeather Ranger District of the Arapaho & Roosevelt National Forest. Within two years, he had succeeded in decreasing the board feet harvested from an average of 60 million/year to fewer than 5 million board feet/year. 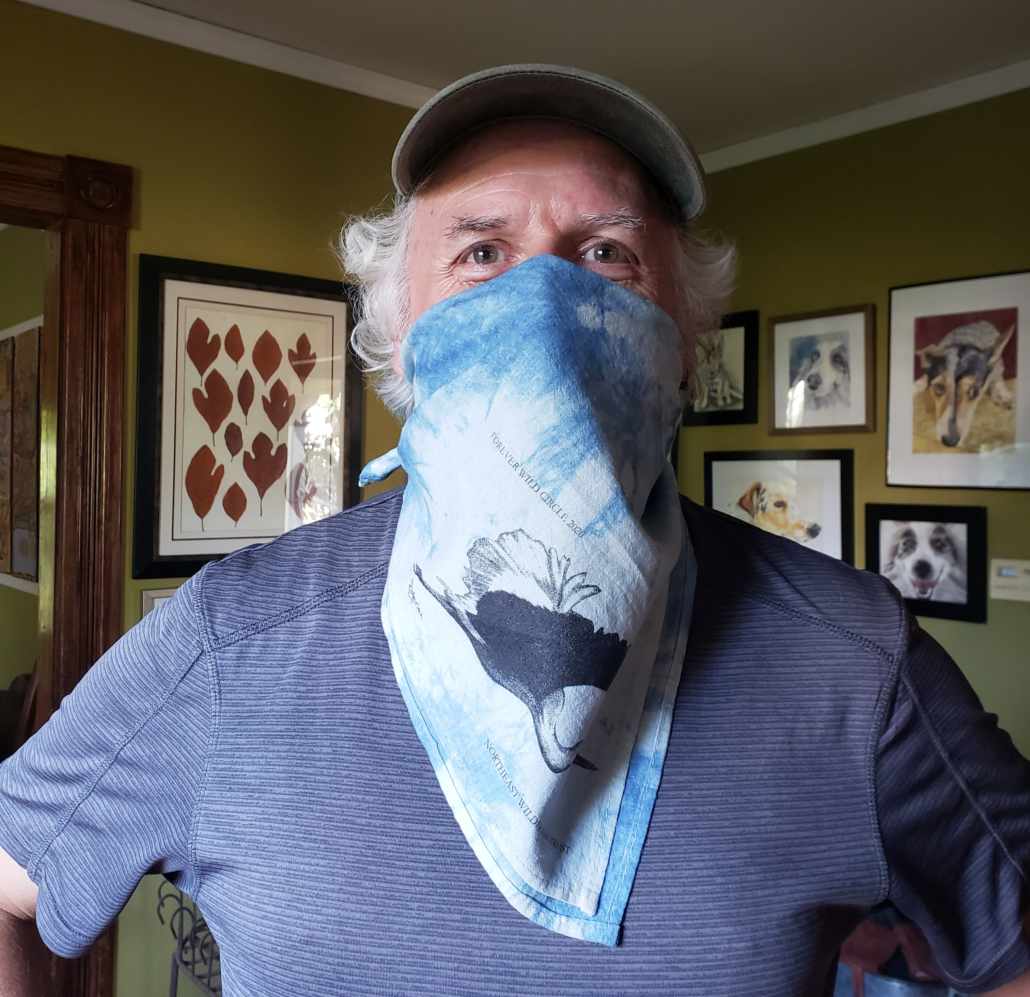 When the Forest Service proposed developing a ski resort within the Bowen Gulch Roadless Area, on Rocky Mountain National Park’s western border, Glen organized tree sits and worked to get timber contracts switched to other areas. Only later did it come to light that the proposed development was home to northern Colorado’s most significant stand of old-growth forest.  His efforts worked, and propelled his passion for saving trees and forests into the realm of politics and law. Through legal means, Glen and his peers successfully prevented logging and sometimes development on federal lands in Colorado and Vermont. One successful case was Ayers v. Espy in which Glen successfully sued the Forest Service to stop the logging of high altitude old growth forests near the continental divide in Colorado.

“I’ve hiked in many old forests, and they’re just so different than other younger forests,” Glen said, speaking to what motivates him. “When trees fall over they create pits and mounts—an undulating micro-topography that modulates runoff and infiltration. It’s a key ecological process, helping form soil and create vernal pools.”

Glen moved to Leverett, Massachusetts in the ‘90s, which is when he got involved in conservation in the Northeast and joined the board of his local, all-volunteer land trust, Rattlesnake Gutter Land Trust. He served on the board for 15 years and helped the Trust to purchase more than 250 acres to buffer its core 90-acre parcel. The namesake Rattlesnake Gutter is a 100-foot deep ravine with a trickle of a stream at the bottom, the legacy of a glacial lake whose ice dam burst, creating the spillway that formed the “Gutter.”

As a retiree, Glen has continued his activism and doesn’t see stopping his tireless work to protect forests anytime soon.  And thanks to Glen and the rest of our Forever-Wild Circle Members, neither will we.

You can join in the fight for wild places by becoming a sustaining donor of Northeast Wilderness Trust! In gratitude for your steady support, we’ll send you the custom 2020 Forever-Wild Circle, members-only bandanna. Printed on hemp and organic cotton cloth, they feature the artwork of Vermont painter Patricia Leahey Meriam and are hand-dyed with homegrown Vermont indigo by Honey Hill Studios.