Northeast Wilderness Trust has launched our first land protection campaign of 2022. We are working to establish the Grasse River Wilderness Preserve in New York. This Preserve will rewild 1,400 acres of former timberlands, giving land back to wildlife at a critical gateway between the Adirondack Park and Canada. We need your help to protect this special place as wilderness for future generations of wildlife and people. Will you help save this land with a gift today? 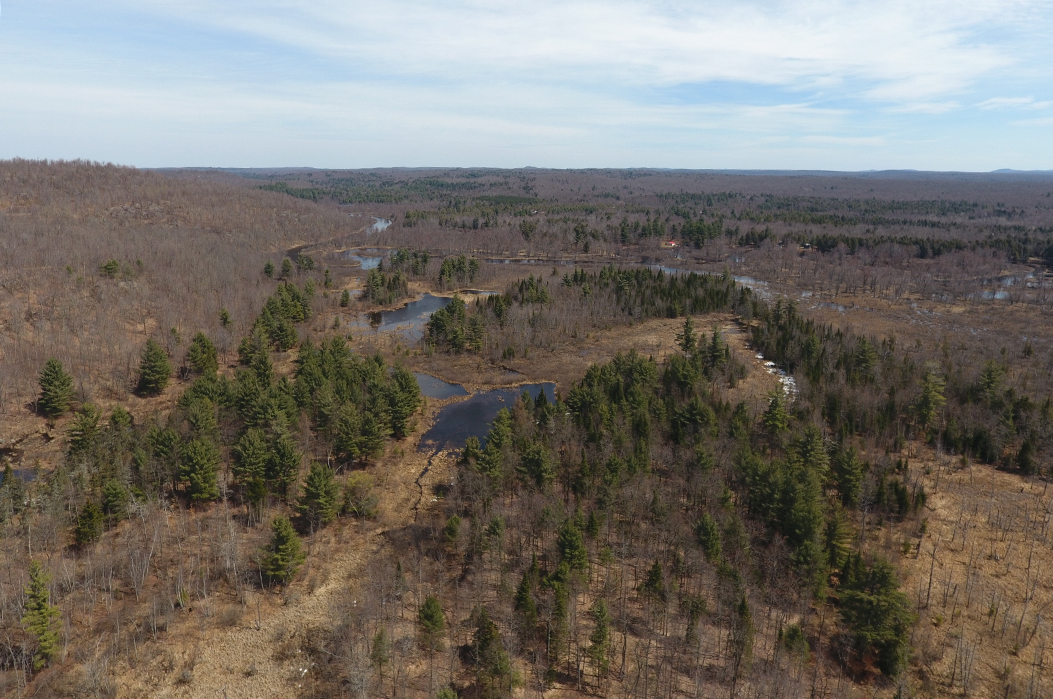 In 2000, a female moose fondly referred to as Alice by the scientists tracking her movements via radio collar made a journey. Beginning from her home in the Adirondack Park, she walked northwest until arriving at the Canadian border, where she swam the width of the St. Lawrence River, crossed a four-lane highway, and then continued her trek until she reached the Algonquin Park in Ontario. 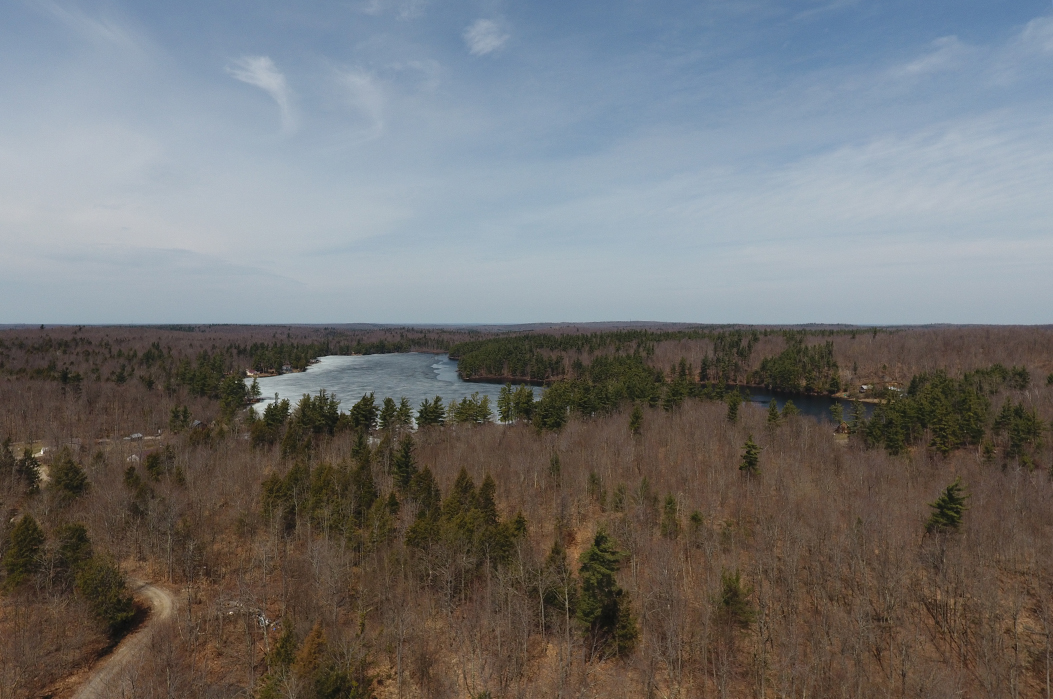 Her 350-mile adventure is proof that the small neck of relatively intact habitat connecting the vast protected forests of New York and Canada is an indispensable lynchpin for animals on the move. And while Alice the Moose’s feat may seem remarkable, animals, plants and fungi rely on this connected habitat on an everyday basis. That’s why the Algonquin to Adirondacks corridor has been formally recognized as a conservation priority, and why Northeast Wilderness Trust is interested in protecting more land in this region. 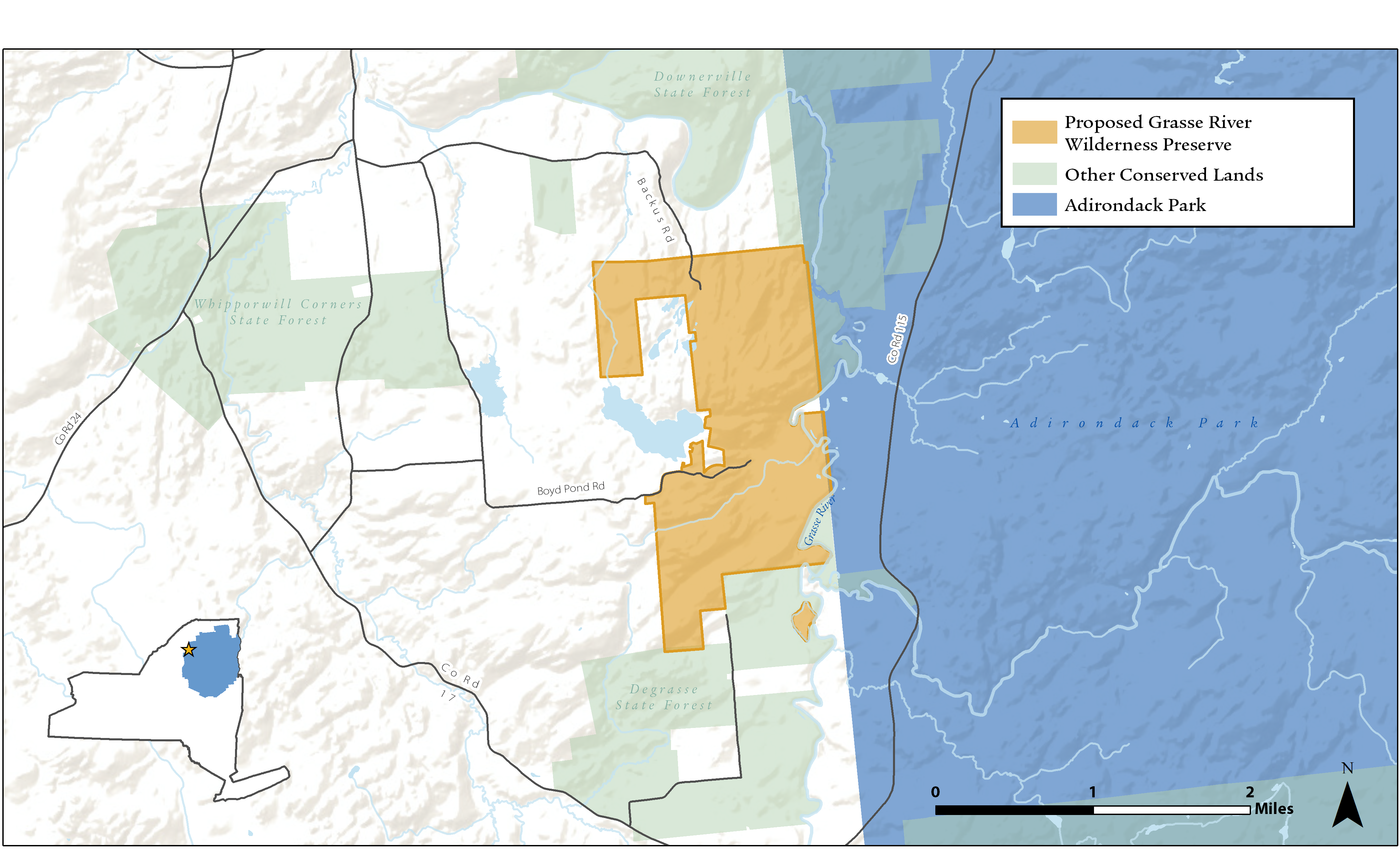 Alice ambled over the ‘Blue Line’ of the Adirondack Park not far from a 1,407-acre forested property managed for timber production. Northeast Wilderness Trust now has the opportunity to rewild this exact forest for moose, muskrat, mussels, and more by purchasing and conserving it. We need your help to save this land. Please click here to learn more and make a gift to rewild Grasse River. Thank you! 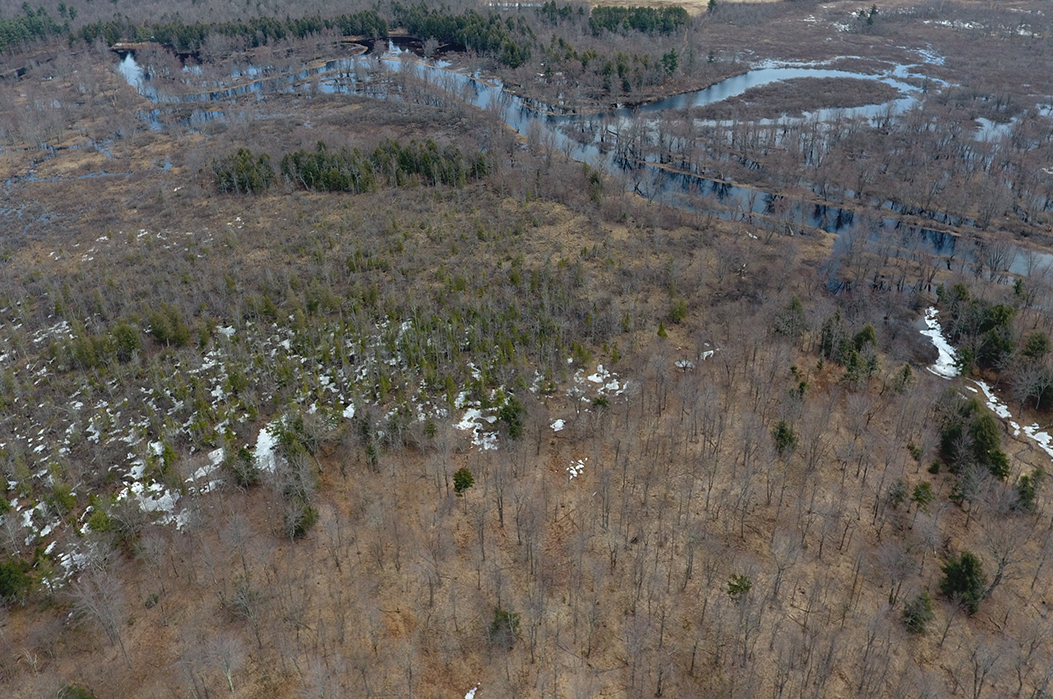