The site of the nation’s second-longest running collection of atmospheric carbon data, Howland Research Forest in Howland, ME is a site of invaluable scientific study made possible by its wild state.

In November 2007, the Northeast Wilderness Trust purchased and permanently protected the 550-acre Howland Research Forest. Initially established as a research site in 1987 by the University of Maine in cooperation with International Paper, the Howland Forest has hosted scientists from around the world for studies on forest health and climate change. These scientists now have one of the longest records of carbon intake and output (flux) in the world. The Howland Forest is characterized by old-growth spruce and hemlock and provides habitat for species such as moose, black bear, bobcat, and bald eagle. More than a decade ago, Howland scientists established three meteorological towers on the land to examine how the forest stores carbon and helps stabilize our planet. In 2004, however, Howland Forest was purchased by a timber investor as part of a larger land transaction and was scheduled to be logged. Concerned about the fate of their research, scientists from the University of Maine, Woods Hole Research Center, and the United States Forest Service contacted the Northeast Wilderness Trust to develop a solution. The Northeast Wilderness Trust, with the support of conservation partners, raised the necessary $1 million to purchase and preserve the forest in perpetuity and thereby ensure continuity for the research program there. 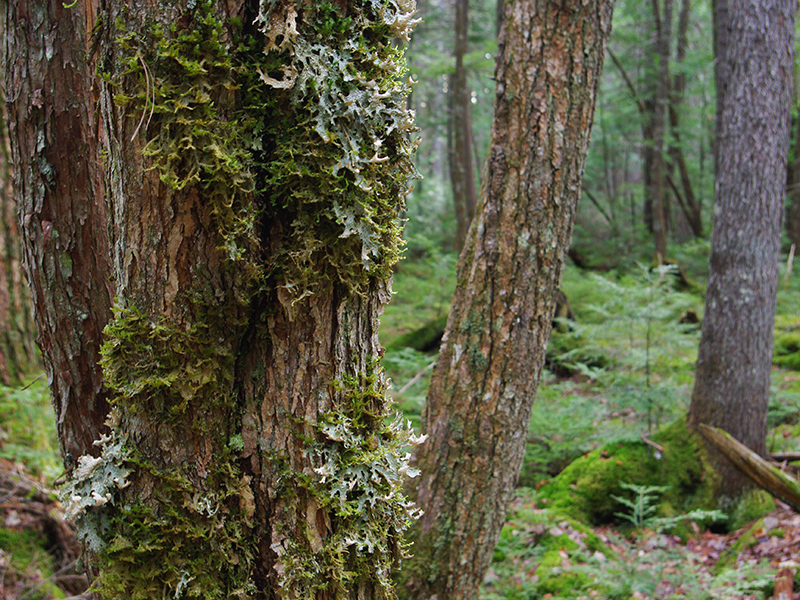 “The trees should be protected for their own sake.”

A short distance from Maine’s Penobscot River and the route Thoreau followed north to Mount Katahdin in the summer of 1846 (an adventure chronicled in “The Maine Woods”), is an unassuming wooden shed at the 550-acre Howland Research Forest. Protected as forever wild in 2007 by Northeast Wilderness Trust, the Howland property – unknown to nearly everyone outside a small circle of climate scientists – has led a double life as one of the wildest and, simultaneously, most closely studied patches of ground in the United States.

Hidden under the canopy of a rare old-growth forest of hemlock and white pine, some of which were already middle-aged when Thoreau passed by, University of Maine researcher and Howland site manager John Lee has been quietly churning out groundbreaking data about climate change and carbon sequestration. Lee and partners at the U.S. Forest Service, NASA and other institutions have created one of the world’s best records of atmospheric carbon flux, or “forest breathing,” as he likes to call it.

Flashing across a computer monitor, the Earth’s atmospheric carbon pulses up and down with the daily and yearly rhythms of Howland Forest’s carbon intake and output. “When I started here in 1988, we were at about 360 parts per million on average of carbon dioxide in the atmosphere,” says Lee. Today, the screen flashes 412 ppm, measured in real time by sensors placed above the treetops. Four hundred ppm had been the clear red line scientists used to symbolize a new danger zone of climate change. It was surpassed in 2016. The numbers on the screen are a sucker punch to the gut. This is the future that our children will inherit. 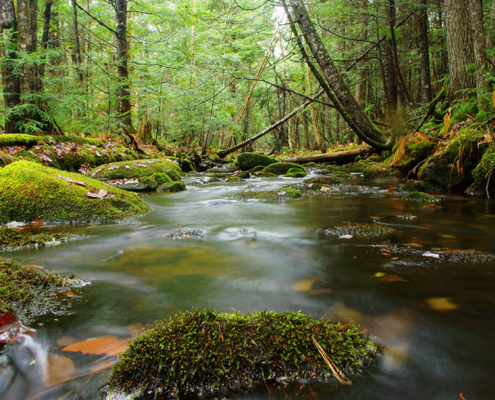 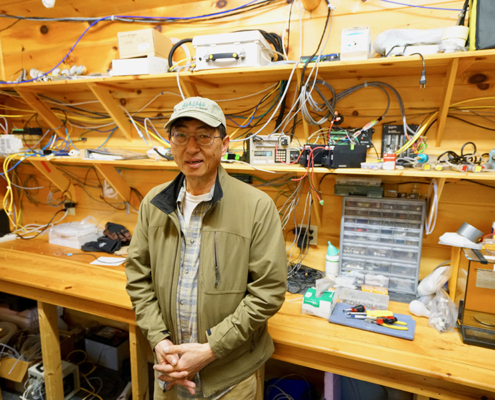 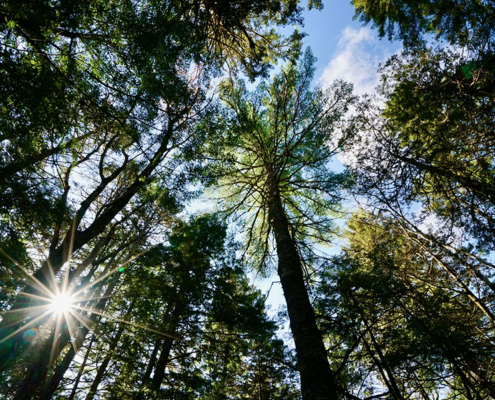 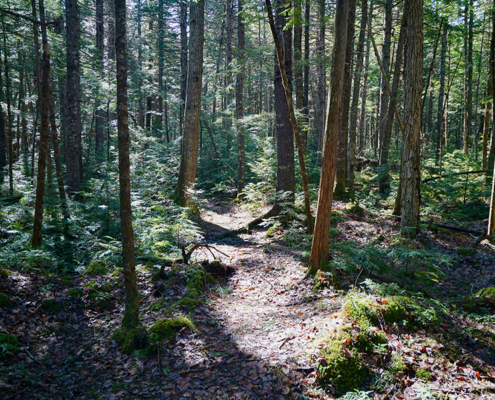 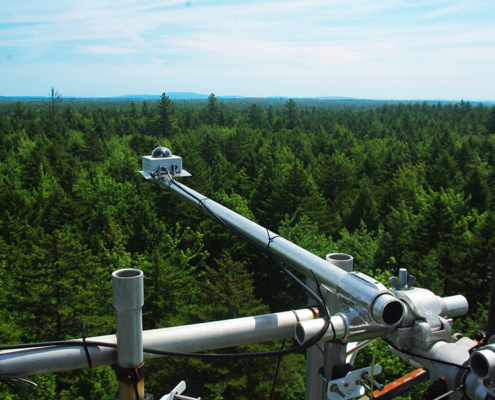 But the story of Howland is one of hope. Just as carbon measurements at Howland confirm that the Earth’s atmospheric chemistry is in trouble, the research also demonstrates the unparalleled capacity of old, wild forests to reverse that trajectory and help stabilize the climate. In fact, research conducted at Howland shows that there is perhaps no more effective or cost-efficient way to mitigate the effects of human-caused climate change than to allow forests to grow old, wild and remain undisturbed. Setting aside ancient forests naturally stores large amounts of carbon in both the soil and vegetation, and preserves unique biodiversity often found only in untrammeled, unmanaged landscapes.

The latest science from Howland Forest confirms that the “miracles of technology” alone cannot save us from the dual threat of climate chaos and extinction catastrophe. One of the most cost-effective and rapidly scalable solutions to both of these crises is startlingly low-tech: Conserve more wild forests.

For a deeper dive into Howland Research Forest, read “On Wilderness: Rethinking Climate Crisis,” by David Crews in The Hopper.