Exploring the Split Rock Wildway in the Adirondacks

My name is Abby Wilson, and I am the Digital Media Intern for NEWT this winter season.

A few weeks ago, I took a trip up to New York’s Adirondacks to see my first NEWT rewilding project, and to conduct an annual stewardship inspection of the Split Rock Wildway property.

I met Outreach Coordinator, Sophi Veltrop, in Westport, NY. The drive from southern New England was just over 3 hours and I found myself searching for mountains the entire way. The views along the journey slowly transitioned from rolling Taconic Hills to beautiful 180-degree vistas. Fifteen minutes from Westport I caught a glimpse of the Adirondack High Peaks through the foggy late morning air. 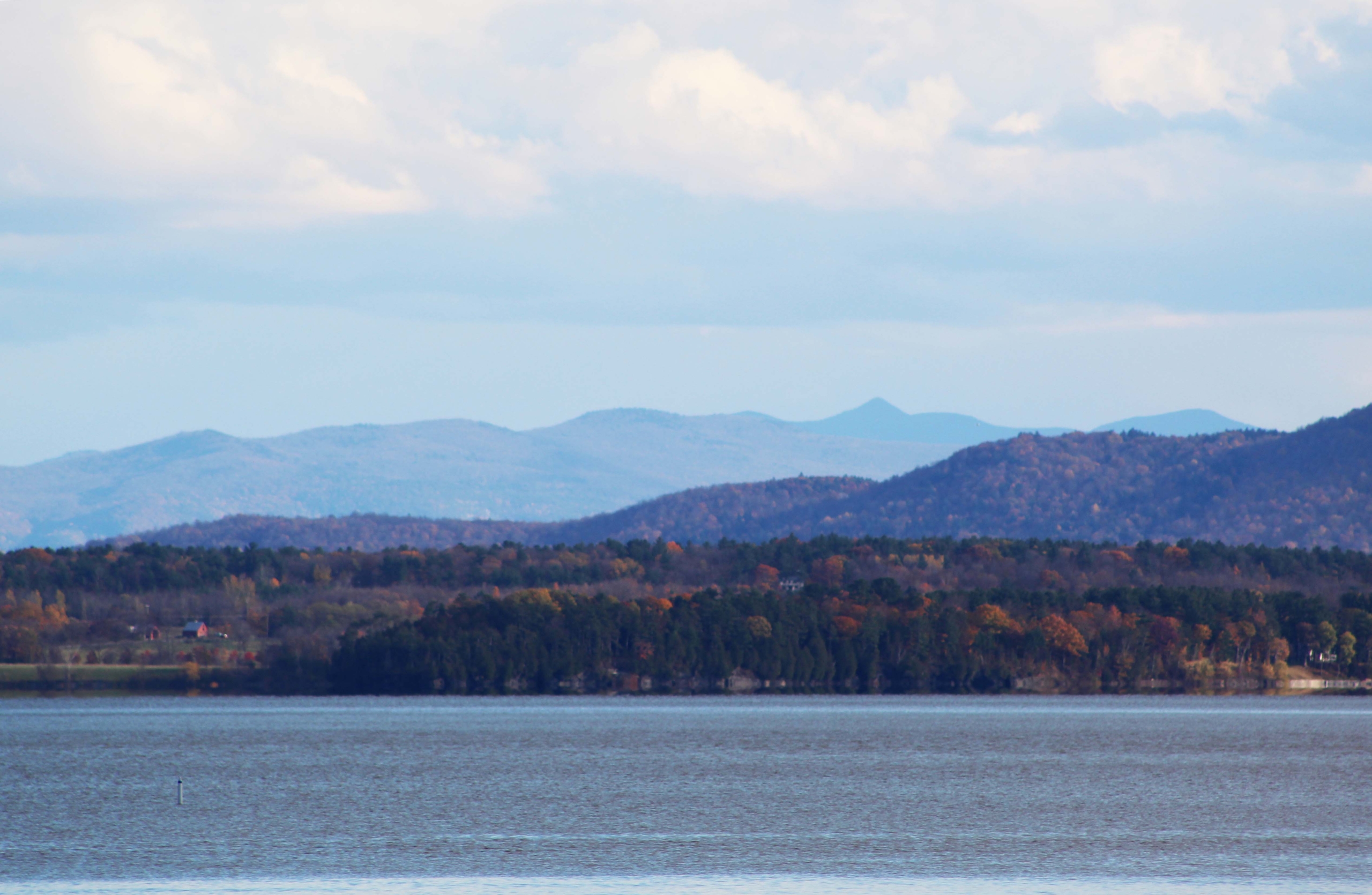 A view of Vermont across Lake Champlain.

We departed Westport and headed off into the Split Rock Wildway—an important wildlife corridor that links vital lowland habitat in New York’s Champlain valley to the higher elevations of the Adirondack Mountains. This area is crucial to native wildlife species such as bobcat, moose, bear, deer, beaver, migratory birds, and so many others. They may use the Wildway to move between low and high elevations as the seasons change, as they search for food and mates, or even as they shift their ranges in response to climate change. 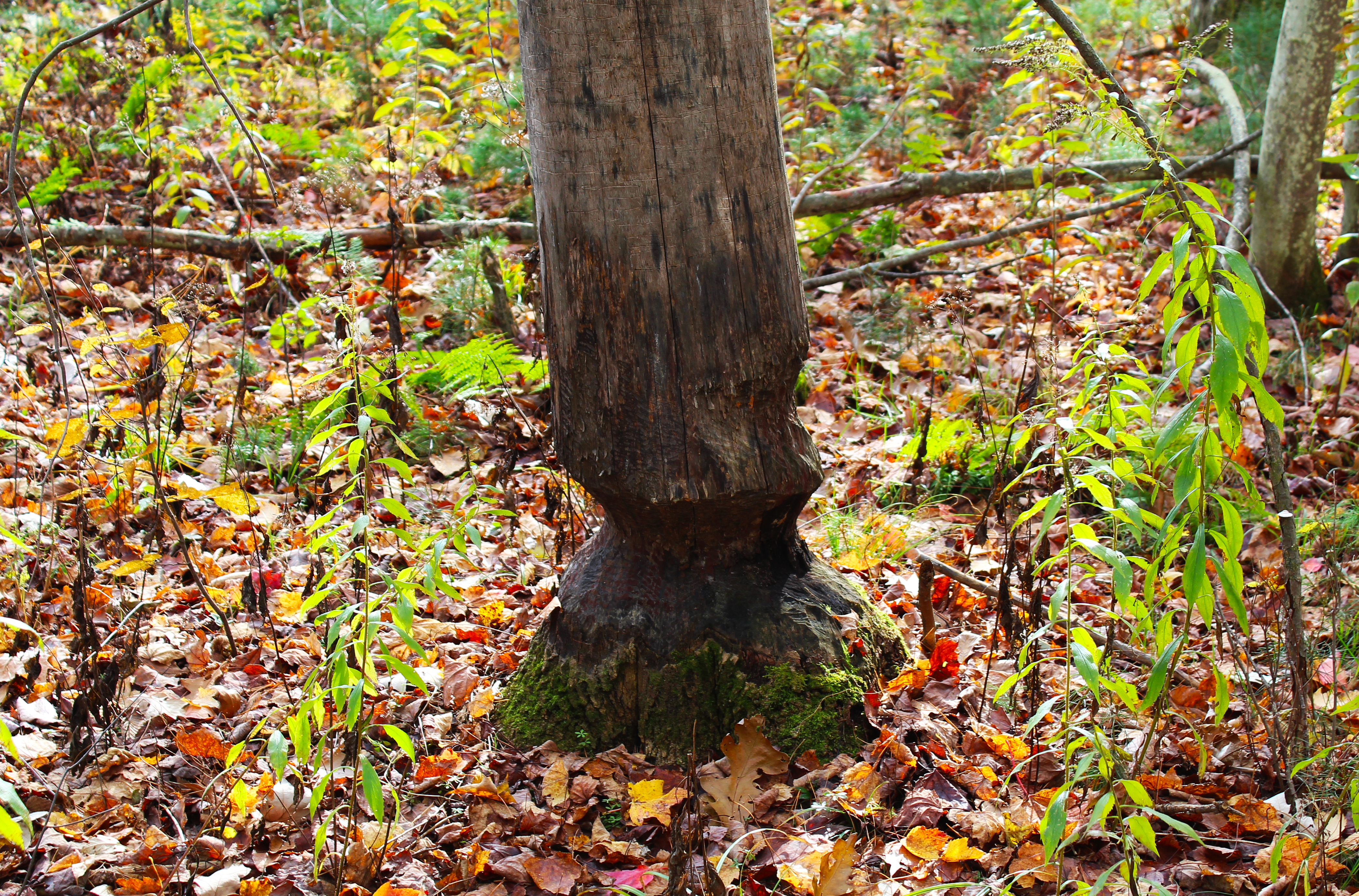 Signs of beaver at Brookfield Headwaters.

Several organizations in the area including NEWT, the Eddy Foundation, Champlain Area Trails, and NY Department of Environmental Conservation allow the natural world to regulate and transform the landscape. When an ecosystem rewilds, it is on its way to becoming an old-growth forest. Old forests play a critical role in sequestering and storing carbon, thus keeping it out of the Earth’s atmosphere. They also create important wildlife habitat because of their abundance of mature trees full of fissures, holes, and cracks, and downed branches and logs on the forest floor. 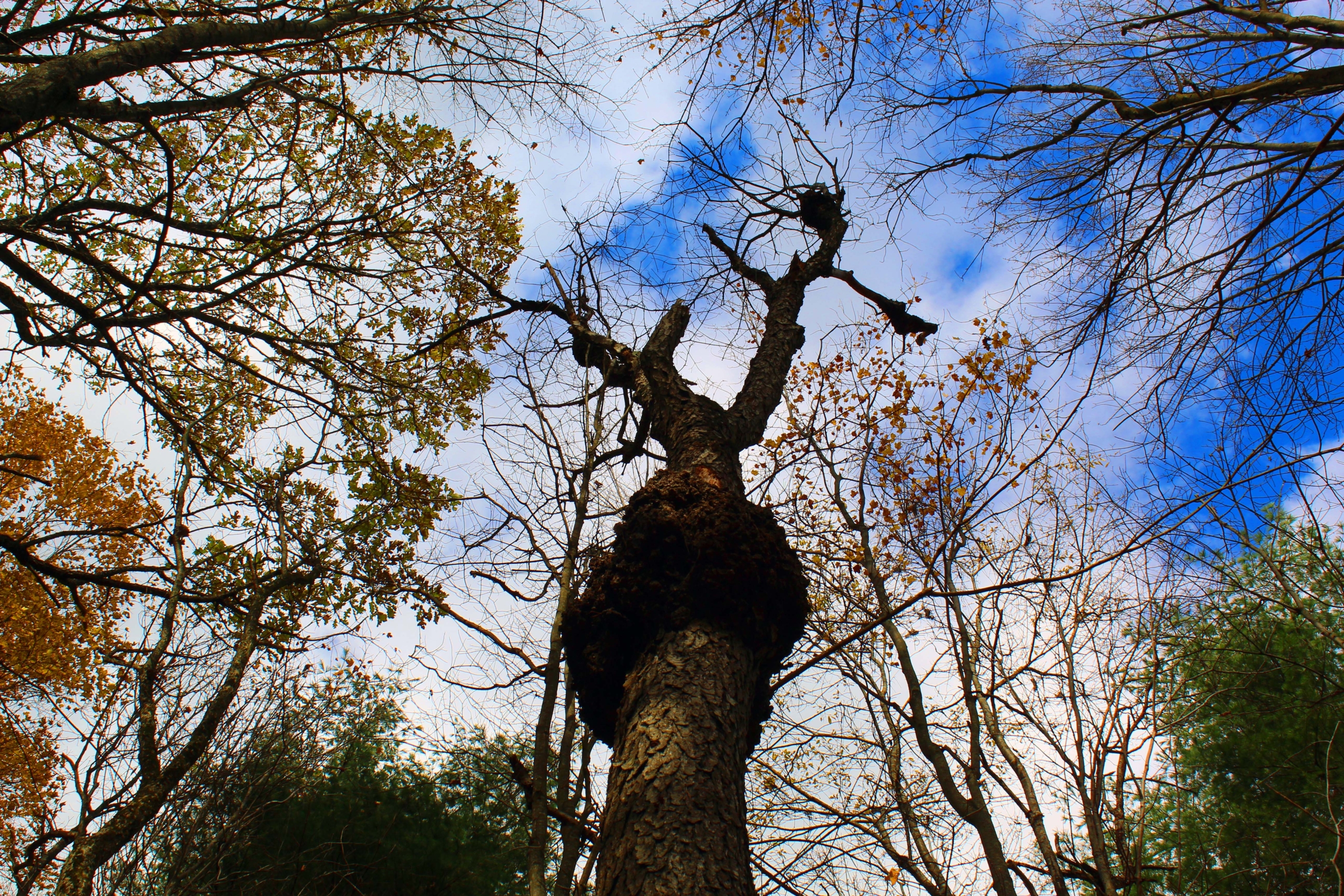 Joined by Tom Rowland, reporter for the Adirondack Almanack, we visited Brookfield Headwaters, an 81-acre wild preserve owned by Northeast Wilderness Trust. As we walked the Brookfield Headwaters trail, we played the roles of Stewards and carefully monitored the land for any infringements or violations. Seeing only old rustic bridges, we concluded that the property’s main purpose was recreational.

Fungi and mosses at Brookfield Headwaters.

At NEWT properties such as Brookfield Headwaters, Rowe, Northwest Boquet Mountain, Boquet Flats, and Goff Preserve, one can witness a rewilding forest in the beginning stages. Walking along trails and around wetlands we noticed the forest was relatively young which means it was harvested or managed within the last couple of decades, and the ground was quite even and flat, pointing to an agricultural history. That hunch was reinforced when we saw stone walls snaking along the boundary lines. 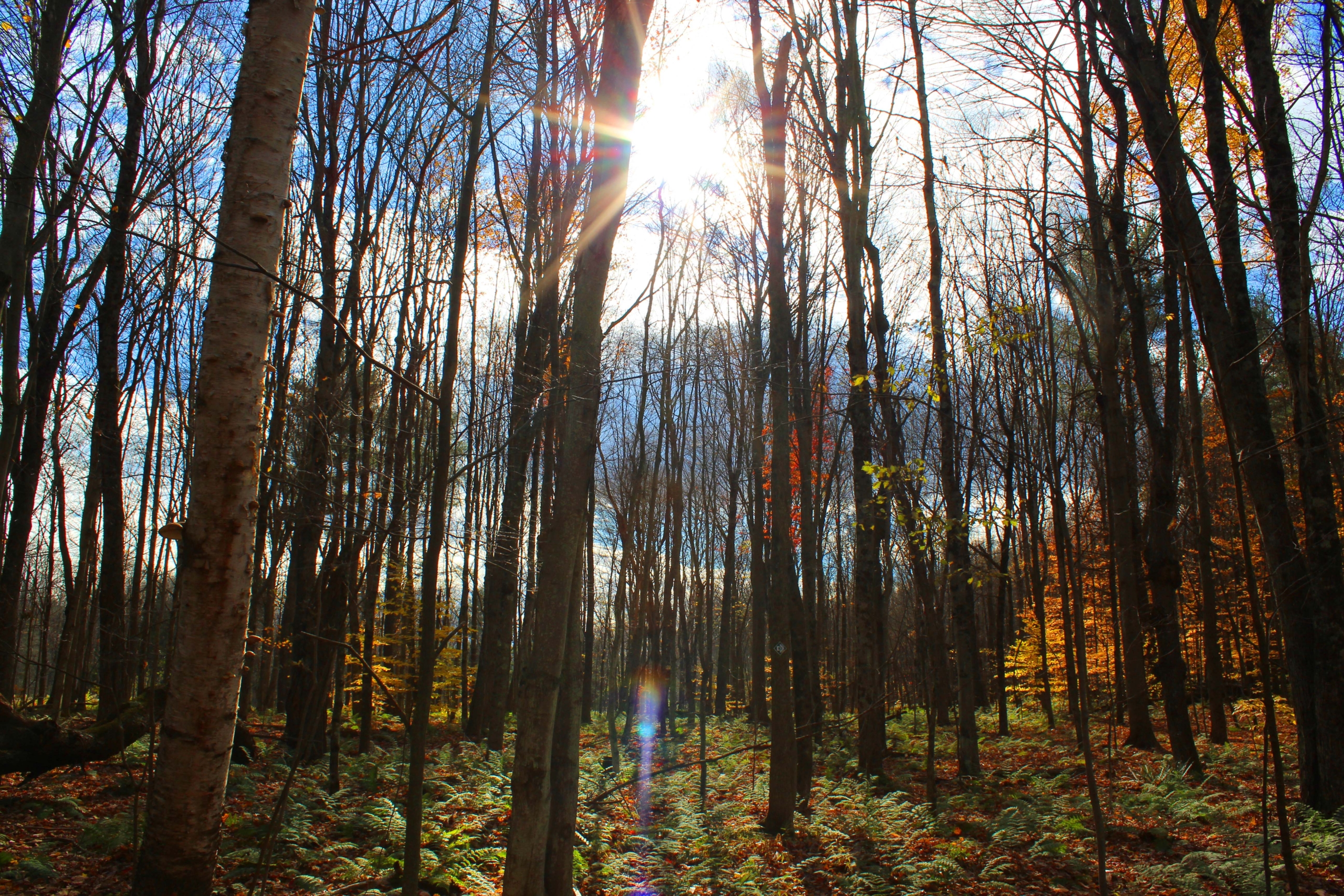 Grasses are among the first plants to grow after a disturbance, followed by shrubs, and “pioneer” species (See a, b, and c in the diagram below). Also known as early successional, these “pioneer” species include deciduous trees such as birches and aspen.

In future years, late successional tree species will begin to dominate the canopy (d) and less light will hit the forest floor. Shrubs and shorter woody plants will no longer congest the land. Instead, mosses and fungi become the ground’s natural carpet. As large, old trees are blown down from storm events (e), they decompose underfoot, making the landscape uneven. The canopy frees up and allows light to populate the soil which promotes the growth of shrubs in small patches among the understory. The majority of the earth is spongey, bumpy, and unlevel from one step to the next. These small hummocks, also known as “pit and mound topography”, allow water to pool and create varied micro-habitats. 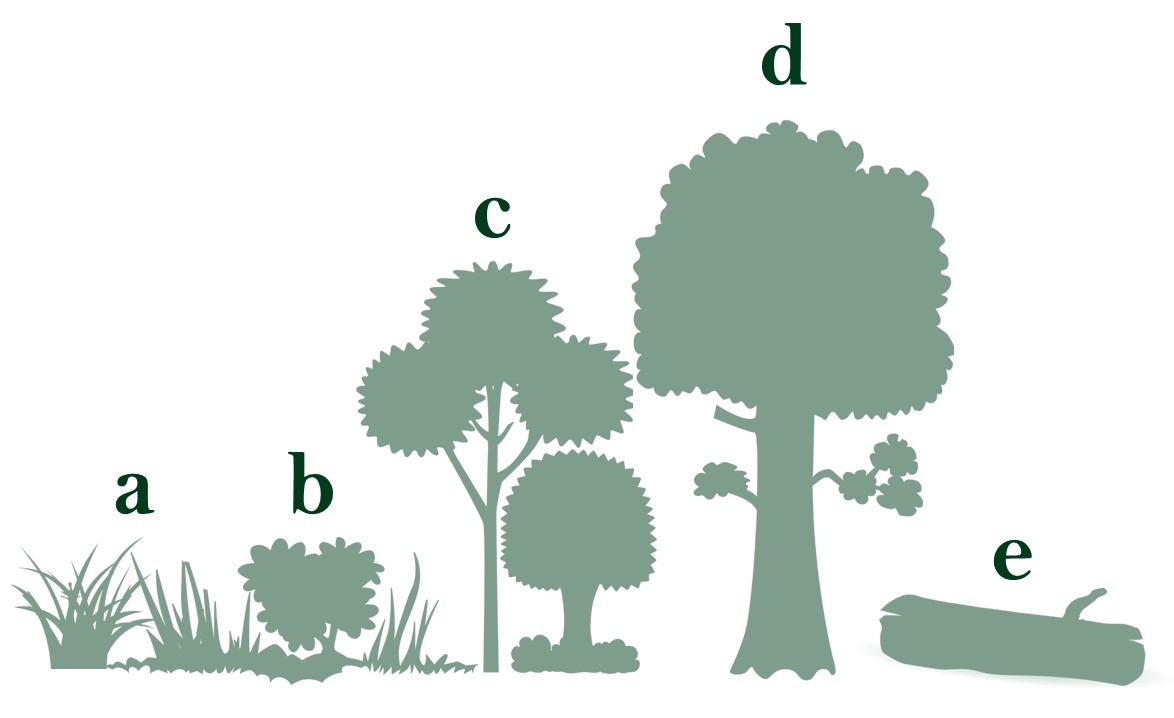 A forest rewilding, by Abby Wilson

The Split Rock Wildway will simulate this natural pattern within the next 50 to 100 years. As it becomes an old-growth forest, wildlife will make it their home and future generations of people will see centennial trees dominate the landscape.

Today, only 3-4% of the Northeast is conserved as wilderness, making older ecosystems extremely rare. As places like Split Rock Wildway become old-growth, the percentage of wilderness and wildlife habitat can increase in the Northeast, while also creating beautiful forests and keeping more carbon out of the atmosphere. 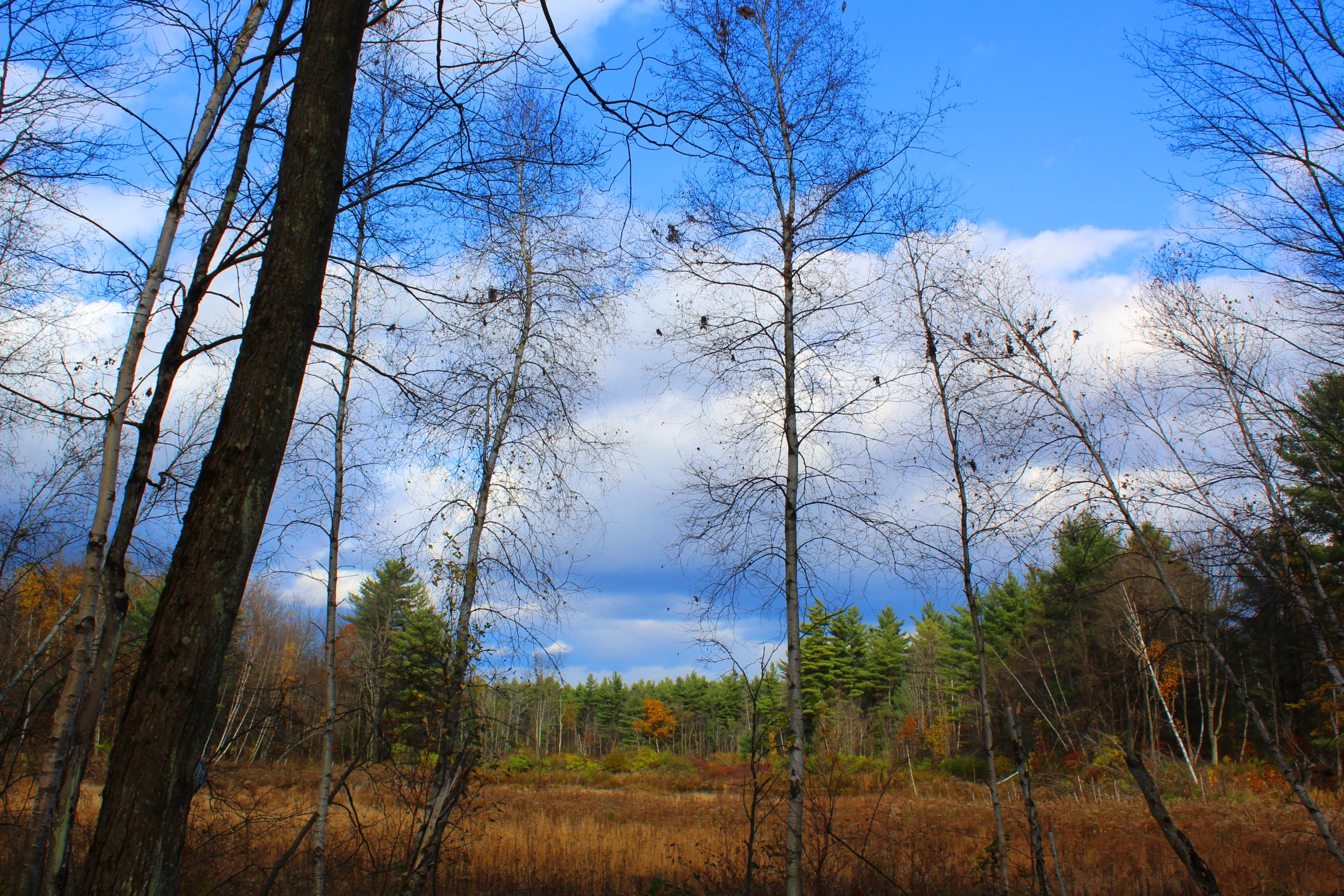 Read more about this visit from Tim Rowland’s article in the Adirondack Almanack below.