As we approach the season of giving and gratitude, we want to extend a big thank you to someone who has contributed so much to Northeast Wilderness Trust and the future of wild places…Merloyd Ludington. Merloyd, an editor and publisher in Boston, was a founding board member of the Wilderness Trust and now serves on the Emeritus Board, made up of past board members who have offered distinguished service to the organization. They serve as advocates and trusted advisors for the Wilderness Trust and its mission. We’re pleased to share some of her stories with you, and to celebrate her legacy with a big thank you. 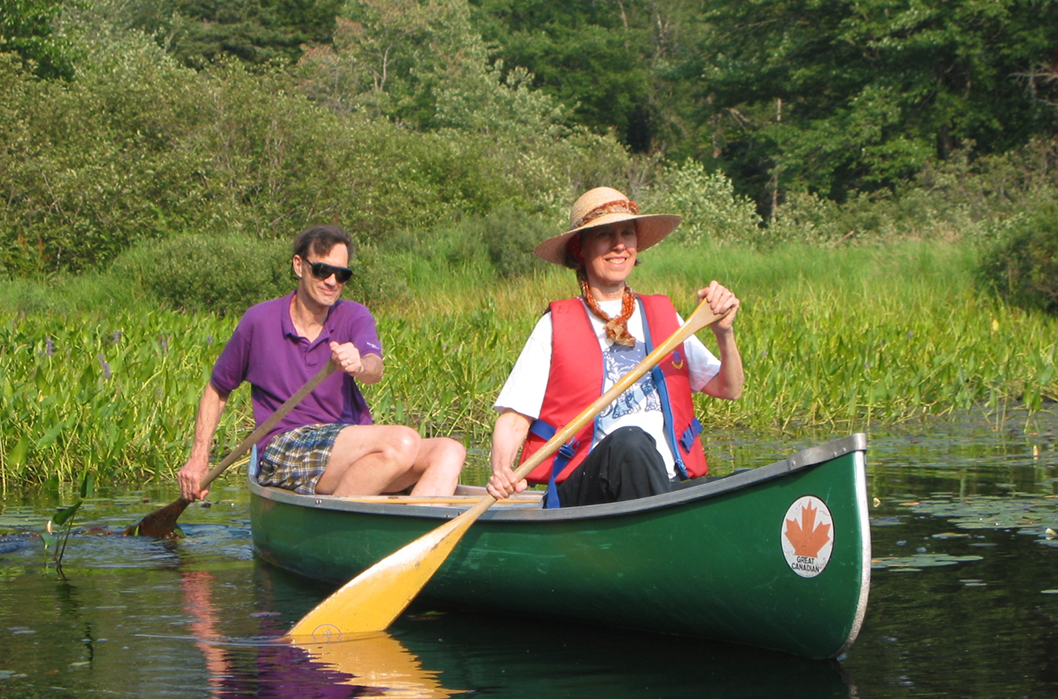 Although Merloyd’s ancestors lived in remote parts of Michigan and Nova Scotia, she grew up in suburbs and cities in Massachusetts. Her imagination about wilderness was sparked in high school when reading Thomas Hardy, a British novelist, describing deep, dark forests and wooded countryside. That curiosity grew into a love for wild places when she had children and regularly took them to visit Massachusetts Audubon wildlife sanctuaries. Eventually they began taking family trips to a rustic lodge in Nova Scotia, and loved the forest there so much that she eventually bought land nearby and built a cabin of her own with the help of a local canoe outfitter.

Merloyd wanted to protect that land in a wild state, but at the time there was no non-profit that could make such an international land transaction occur. Luckily, the American Friends of Canadian Conservation was founded in 2006, and she became one of the first people to work with them to protect land. Her land is now wilderness protected by a Nova Scotia Nature Trust easement.

By that time, Merloyd was already working with Keith Ross, Annie Faulkner, Rick Van de Poll, Nancy Smith, Tom Butler, Jim Northup, and Daryl Burtnett to found Northeast Wilderness Trust. “There’s more and more population and development pressure on wild places,” Merloyd explained of her motivation to help found the Wilderness Trust, as well as to protect her own land. “Wild land does not need to be managed. We need the clean air and water that it provides. Beyond that, wild land has its own intrinsic value, not just to serve human needs.” When considering the challenges and opportunities for wild nature in the current moment, Merloyd notes that ways of funding opportunities are multiplying, and awareness about the value of wildlands is growing. “NEWT helps enlarge the percentage of land left for nature as advised by the great biologist E.O Wilson.” Yet challenges remain, notably that government and politicians do not prioritize the environment and that green-washing is increasing, stymying meaningful change. “Neither party puts the environment at the top of their concerns,” she says.

In addition to her extensive involvement in land conservation, Merloyd has been active in other environmental and social causes. She has served on the boards of Orion Magazine the Woodwell Climate Research Center, MassAudubon, and Island Press.

On behalf of Northeast Wilderness Trust’s staff, board, and community, thank you Merloyd! Your many years of service working towards a wilder world, for nature and people, continue to make a difference for the Northeast and beyond. We are deeply grateful for all you’ve done, and for your continued generosity as a Board Member Emerita.