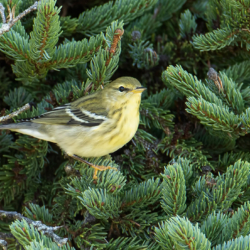 NEWT is working to protect 1,300+ acres that lie within America’s largest “Globally Important Bird Area”—and you can help save these nesting grounds for breeding migratory birds! 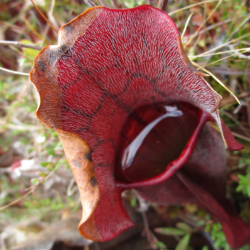 Sundews, pitcher plants, and bladderworts all lure unsuspecting insects into their leaves and digest them…learn how in this summer’s edition of Newts from the Field! 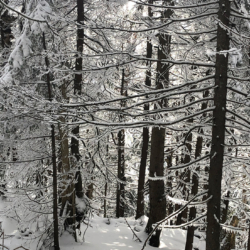 Learn how some wildlife in the Northeast use deep snowpack as insulation to survive cold winters and hide from hungry predators! 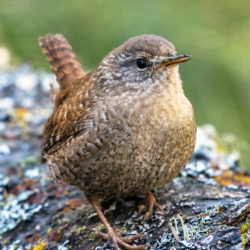 Northeast Wilderness Trust is proud to sign on as the 49th member of Nature Needs Half, a global initiative to protect 50% of Earth by 2030 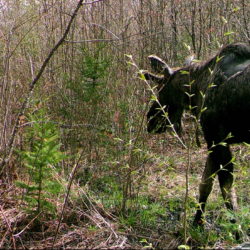 Get a glimpse of the charismatic wildlife who find food and shelter at Duren Mountain Wilderness Preserve, a forever-wild forest and wetland in northeast Vermont. 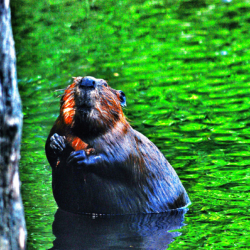 August marks the beginning of the season of plenty. While I am trying my best to stay in the present and savor the last days of summer, many of my wild neighbors have their eyes to the future and are beginning their furious preparations for the long cold winter ahead.

Animal, vegetable, mineral…or none of the above? Learn about the surprising lives of slime molds (myxomycetes) in our Slime Mold naturalist presentation by Stewardship Director Shelby Perry, which was hosted live on April 27, 2020. 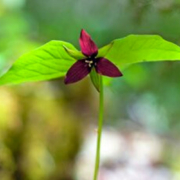 Many of my friends bemoan April in the Northeast as one of the worst times of the year. Dirt roads turn into mine fields of muddy ruts and potholes, melting snow and flowing springs turn trails treacherous and even make off-trail woods-walking messy. The trees are all still leaf-less, as though the mud from the roads is stretching brown fingers high into the sky.  Even the leftover snow is dirt-covered and dingy.

I always jump passionately to April’s defense in these conversations.  April is one of my twelve most favorite months of the year and hopefully when you know where to look you will love it as much as I do.

April is (usually) when most of the snow melts in our region, and while that may be sad for lovers of winter sports, it means that water is once again abundant in our landscape. With that water comes all of the things that rely on it to live, breed, and migrate.  Geese fly overhead, resting at lakes, ponds, and even flooded fields.  Amphibians begin their annual migration to breeding pools, singing merrily for all to hear.  The earliest blooming spring wildflowers start to poke up through the soil, unfurl their delicate new leaves, and drink in the sunlight before the trees leaf out and snatch it all away.  Melt water trickles down into the ground, displacing the gasses in the soil that have accumulated from winter decomposition, and releasing what we all think of as the quintessential smell of spring, geosmin.  April in Vermont is magic, if you know where to look.

One of my very favorite signs of spring, and one that I often first see in April, is black bear (Ursus americanus) tracks. Sometimes staggering, sometimes determined, the prints tell the tale of one of our region’s largest wild predators, and spotting them always gives me a thrill. By now black bears are out and about (time to bring in your bird feeders!) and the females might even have some cubs in tow. It’s been a long process for all these bears to den up in the late fall and emerge five months later—a process that goes unseen but is nonetheless fascinating.

There is some debate about whether or not bears should be considered “true hibernators,” since they don’t dramatically lower their body temperature during their winter snooze. Yet they do spend the winter in a den, mostly sleeping.  Their sleep ranges from deep to light, and they wake regularly to scratch itches, shift positions, and stretch.  During this time their metabolism and heart rate slow down slightly so they burn fewer calories, which come from fat stores they’ve built up over the previous summer and fall. Adult bears rarely urinate or defecate in their dens (though newborn cubs do) because the slow use of calories stored in body fat generates less waste than eating. Bears also possess the impressive super power of “pee-cycling,” meaning they can recycle built-up urea into new proteins. This prevents the waste buildup from becoming toxic.

Male bears and non-nursing females coming out of their den in the spring might weigh as much as 15-30% less than they did in the fall. Female bears have an extra challenge through their winter survival, as they often are also pregnant when they enter their dens. Mama bears are mostly asleep through their pregnancy, waking briefly to birth their cubs around January, and then hitting the pillow once again. The cubs, born around the size of chipmunks, will then nurse on their semi-comatose mom until spring, when she will emerge from the den up to 40% lighter than she was when she went in.

Despite all this, bears don’t wake up hungry. Their bodies suppress their appetites starting in late fall, triggering them to stop foraging and start looking for a cozy place to hole up through the cold. Black bears would be unlikely to stay safely in their dens during the winter if they woke up hungry, so a hormone that simulates the feeling of fullness sticks around in the blood at high levels until well after it is warm enough for them to emerge. And when they do venture out they are, as you might imagine, pretty groggy and stiff. A bear may come and go from its den or other shelters several times while recovering from their winter sleep. Early in the process they blearily stumble and yawn, stretch and laze about, just like I imagine that I would if I slept for 5 months. Gradually, they regain their strength and stamina, and eventually their appetite too. To get a sense of the experience, check out this video of a bear in Minnesota waking up over the course of many days.

As mama bears begin to wake, their cubs are around three months old and weigh around six pounds— slightly more than a Chihuahua, but with significantly more fur! Over the summer the cubs stay with their mom. These three cubs were caught on a game camera last spring following their mom across the brand new Bramhall Wilderness Preserve in Bridgewater, VT.

As they wrestle and play their way through their first year of life, they learn what foods to eat, how to climb trees, and other bear necessities before entering hibernation alongside their mom in the fall.  This will be the last time they will share a den though, and the following April they will strike out on their own, seeking new territories where they can begin the cycle anew.